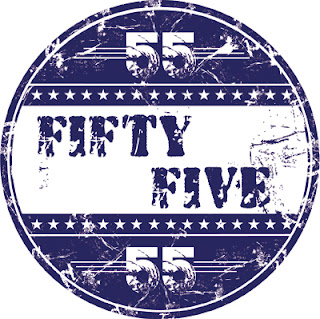 It's here! It's here! Before we get started with the cool stuff (ie the prizes!), let's review the rules. You may enter three times: 1) comment here, 2) share it on FB and tag me and 3) share on Twitter and add @imcbear. Then I'll put all the entries in a big pile and pull names. The Giveaway ends at MIDNIGHT on 10/18, so post, tweet and comment before then!

On to the prizes!!

For my birthday, I wanted to share some of my favorite things with you. And, since I'm 55, I've tried to relate them to that number. 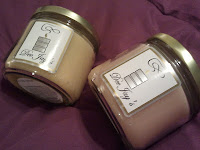 As you know, I love "smelly" things.....things that emit a pleasing aroma, not dirty gym socks! Therefore, one prize is a delectable pair of long-burning candles (55 hours worth!) from Dee Jay's Candles in Fort Worth. And the scents? Fresh Cake and Buttercream, of course! 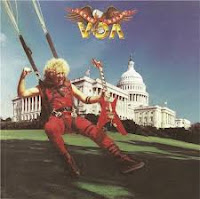 I may have mentioned, once or twice, that I love to travel. I particularly enjoy car trips, and have taken some long ones. We always traveled by car in the US when I was growing up -- big loops with lots of stops. One year we drove out to San Francisco by way of the Grand Canyon; another summer, we drove to Baltimore for a U.S.S. Philadelphia reunion (my father's ship in WWII), and made stops in Washington DC (where we stayed at the Watergate before it was famous), and Williamsburg, Va. But I have issues with speed limits, around town and on the highway. The second prize is a copy of Sammy Hagar's CD VOA, which includes the song, "I Don't Drive 55!" 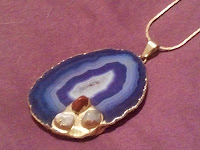 Out of curiosity, I googled "55" to determine if it had any significance. Apparently the Greeks used to inscribe it onto their shields because it represents power and invincibility. It is also linked to intuition, so the third prize, to heighten your intuitive abilities, this winner will receive a beautiful necklace, guaranteed to inspire......something. 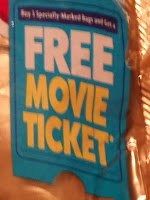 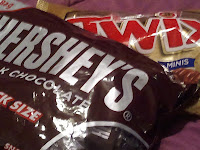 Of course, like any self-respecting woman, I'm a fan of chocolate. And, although I love fancy chocolate like Godiva, I also really like Hershey's. Maybe it's because I was in Hershey, PA at the Hershey factory in celebration of my buddy's October birthday (yes, Nancy, I'll always be eleven days older) thirty-one years ago. In any case, this winner will receive chocolate! A big bag of Hershey's and a bag of Twix (because caramel is pretty fucking awesome too!). And a free movie.....apparently. Altogether, they equal 55 servings (approximately) or 3 if you're having a bad day.

So there you have it -- some of my favorite things!

**I began this post at about 4 a.m. because I had a hard time sleeping last night. Silly me, I thought it was due to my excitement about the giveaway. Apparently, it was just a prelude of the loveliness to come. Yes, dear readers, I'm sick, sick, sick....and on my birthday! So it's back to bed for me. I'll check back......later.

I also need to post a picture of the necklace, but, despite two attempts, it won't transfer from my phone to the computer right now. And I really need to go back to bed........