Klymaxx.....If You Know What I Mean 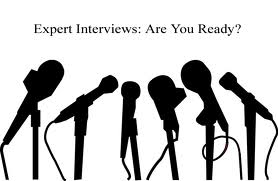 The Husband and I listened to a hip-hop station while running errands the other day. I noticed a band/group called Klymaxx was playing. (Yes,it was the name the caught my attention!) My first thought was, "How would you interview them without making inappropriate jokes and laughing through the whole thing?"

Now first, let me say that I knew nothing about this band, which I'm sure is awesome (the group, not my ignorance), until I Googled the name. Apparently the all-girl band had their biggest hits in the 80's: "The Men All Pause" and "Meeting in the Ladies Room." Have any of you music-savvy readers heard of them? Me neither.
I have no idea what played on the radio; I was too blown away by the name. But you can click the songs above and see/hear them for yourself. Prepare to get your Eighties on!

Anyway, The Husband and I came up with interview questions for the band. We simply couldn't help ourselves..... (No offense intended if any of my readers are former Klymaxx band members; this was purely hypothetical.....so don't sue the shit outta me, k?)

Q: To what do you attribute your shooting rise to stardom?

Q: Is there anything you to before a concert to heighten your performance?

Q: Do the men in your audience expect you to deliver?

Q: Apparently your ratings have dropped some; are you changing the name of the band to "Almost"?

Then I remembered a game played on "Whose Line is it Anyway?" where two people are given a scenario and end all their answers with "if you know what I mean."  Obviously, in the interest of musical science, I had to Google "questions used in band interviews." Considering the name, and the phrase at the end, the following questions provided further hilarity. Actually, these are better than ours, but we are mere amateurs. *sigh*

Q: Do the people back home support you, if you know what I mean?

Q: What are your hopes for the near future, if you know what I mean?

Q: Who are your idols and why, if you know what I mean?

Q: Do you have any other hobbies, besides making music, if you know what I mean?

Q: What's your most embarrassing moment, if you know what I mean?

Now -- anyone wanna answer these questions.....if you know what I mean. ;)

Have you ever interviewed anyone with a suggestive name? Did you laugh all the way through it or keep your cool?