Looking a Gift Horse in the Mouth 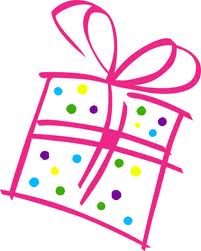 Once upon a time, there was a child. She was sweet and pretty and funny and trusting. She trusted that the sun would rise in the morning, that she would wear dresses that twirled, and, at Thanksgiving, she would enjoy sweet potatoes with marshmallows toasted on top.

One day, she was outside, happily playing hopscotch on a warm summer day. A friend stopped  by and the young girl noticed a big, ugly brown wart with a black hair growing out of it on her nose. Yuck! The friend said, "I've been looking for you. I need to give you something."

The child was excited because she liked presents. The friend took the wart off her own nose and placed it on the tip of the girl's nose, which confused and frightened her.

"What are you doing?" she asked.

"This is yours," said the friend. "I've had it for awhile, but I want to share it with you."

The child was doubtful, but she didn't want to appear rude or ungrateful, so she accepted it. She trusted her friend and didn't believe the friend would harm her intentionally. She kept the wart and it became a part of her. But it changed the way she saw herself. Instead of believing she was sweet and pretty and funny, she now saw herself as flawed. But she quickly grew used to it.

A few months later, the child picked daisies in a field, and watched as a neighbor approached her. He wore thick black-rimmed glasses that distorted his eyes when she looked at him. He said, "Here, these glasses are for you. I've had them for awhile, but I wanted to share them with you."

He placed the glasses on her face. They were too big, and she wasn't sure she wanted them, but they seemed to fit in with the wart, so she kept them on. As she looked through her new glasses, it changed the way she saw the world around her. It wasn't quite as sunny, colorful or  friendly as it was before. Although her view had changed, she trusted what she saw.

Some time later, the girl, who was no longer a child, played solitaire quietly on the porch. She saw a boy she liked coming up the walk. The boy had enormous, misshapen ears. Something told the girl that the ears didn't look right, but she decided that the glasses were the problem instead. The boy said, "Take these ears. I've had them for awhile and wanted to share them with you." The girl liked the boy and wanted him to like her, too; she took the ears and replaced her own with them. The songbirds sounded like cackling crows, and the church bells banged with an unpleasant clatter. But the ears were now hers, and she relied on the new noises.

Later, she was alone in her room and heard a knock at the door. Her cousin entered, wrapped in a shawl made of coarse, scratchy material. The cousin handed the girl the shawl saying, "I want to share this shawl with you." The girl placed the shawl around her shoulders. It was uncomfortable and heavy. She felt as unrefined and offensive as the shawl, but she wore it, confident it was hers.

For years, the girl believed the perceptions that came with the gifts. The wart looked ugly, so the girl believed she was ugly. The glasses and ears provided information that was untrue or inaccurate, but they had become a part of her reality. The shawl made her feel flawed -- far from the truth -- but she wore the shawl constantly, and the feelings and perceptions became normal.

One day, the girl walked down the street, head lowered and eyes following the ground. She realized she was nearing a friend she had known all her life. She tried to avoid the woman and would have disappeared if it had been in her power. The friend stopped her with a big smile on her face and love in her eyes, for she knew the soul that lived beneath the acquired accessories.

"I'm so glad to see you!" the woman exclaimed. "But I hardly recognized you. You didn't have that wart long ago....or the glasses and ears. And why are you covered with such an uncomfortable shawl?"

The girl looked confused. "But I've had these things with me for a very long time. Aren't they mine?"

"No. I remember you as a very small child. You were beautiful with a glowing smile and bright eyes. In fact, I can show you."

The woman pulled a faded picture out of her pocket. The girl looked at the photo of herself and realized the woman was right. There was no wart, no ears or glasses, no shawl..... The girl wept as she looked back on her life, and the decisions and actions that were based on her faulty perceptions.

"You must give these things back. They aren't yours and they never have been. You took them because you didn't know what else to do; no one told you these things didn't belong to you. You need to return them to their rightful owners."

So, one by one, the girl returned the items. She gave the shawl to her cousin. "This was never meant for me. It's yours." As the shawl left her shoulders, the girl felt lighter, as if a great weight had been lifted.

Next she found the boy who gave her the ears. "I am returning these, and all the lies and dissonance that accompany them." Soon, she was able to hear the truth instead of what she thought she wanted to hear. She could, once again, trust what she heard.

She spoke with the neighbor who owned the glasses. "These are yours; I want you to have them, and all the unreliable sights that go with them." Once the glasses were gone, she was able to see the truth, and she trusted what she saw.

When she came across the friend who gave her the wart, she said, "This wasn't meant for me. It and all the ugly feelings, are yours." The girl could finally see herself as she truly was....not ugly and flawed, but perfect.....just as she was.

This was her truth.

And she trusted it.

Have you taken on someone else's "gifts" as your own? If so, how did they "show up" in your life? How did you recognize these "gifts" for what they really were?