A Permanent Solution to a Temporary Problem 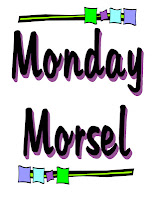 I learned, via The Bloggess' post today, that this is National Suicide Prevention Week. I've been  affected by suicide, as I'm afraid many others have. According to the CDC, suicide is the eleventh leading cause of death.....one every fifteen minutes (in 2007). It's the third leading cause for young people. With numbers like these, i would imagine most people have been affected by suicide.

A relative of mine shot himself when I was in my early 20's. It was sad......and really confusing. I didn't understand how he could do that to his family. Apparently he had planned it for awhile, making preparations that would "help out".....afterward.  I suppose he tried to make his passing as easy as possible. Still, I think we would have rather had him with us for awhile longer. 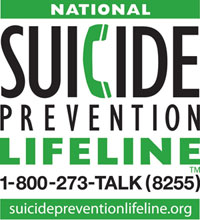 My next bout with suicide came from a boyfriend. I learned that he had psychological issues, and he eventaully behaved in a way that frightened me, so I broke off our relationship. He called me, upset about the break up, blamed me for his sorrow, and shot himself.....over the phone, while I listened. I carried a ton of guilt for quite awhile, but got some help and worked through it.

I can't even fathom the depth of pain and hopelessness that makes suicide seem like a good option. I've been through my share of challenges, but I've also seen that life eventually comes back around to the plus side. I believe that suicide is a permanent solution to a temporary problem. I understand that there are chemical imbalances and other mental issues that can play into that particular decision. Still, I pray that anyone contemplating suicide would try to hang on until the feelings pass. Or call the Suicide Prevention Hotline. Talk to a friend or family member. Something. Anything. Please.

In more traditional Monday Morsel news, we went out of town for a week. I didn't go crazy with my eating or exercise, but I wasn't too strict either. And yet, amazingly enough, I lost a pound....in spite of myself. Wooohoooooo!! In the past, I have definitely used a vacation or holiday as an excuse to overeat. This time, I was mindful, but I still enjoyed myself. It seemed like a pretty balanced way to do things!

Have you had any experience with suicide? What are your thoughts? Have you thrown caution to the wind with an eating or exercise plan while on vacation?