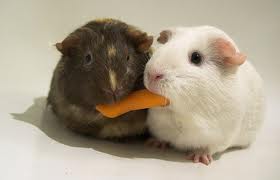 Sharing is wonderful, and The Husband and I share a lot. Actually he shares more than I do, but that's to be expected. After all, I'm The Wife....his shining glory....his beloved helpmate....the one who, logically, should get the lioness' share.

Like last night. I was feeling a wee bit peckish, and looked for a tasty treat in the kitchen. There it was, waiting to be eaten....the leftover apple fried pie. Just the thing. Apple-y, cinnamon-y deliciousness.

Except, technically, it wasn't mine. Mine was nibbled to death earlier in the day by someone who shall remain nameless. So, technically, this fabulousness belonged to The Husband. I cut it in half and set it on  a pretty plate, hoping he had forgotten about it altogether, and think I was really, really sweet for offering to share it with him. Or just let me have it all, which was my preference. And my right, as lioness.

So I took it in, set it on the bed, and proudly proclaimed, "I brought you a treat!"

Sharing is a wonderful thing.....especially when I get the most.

Have shared anything lately? Even, maybe, especially, if you didn't want to?